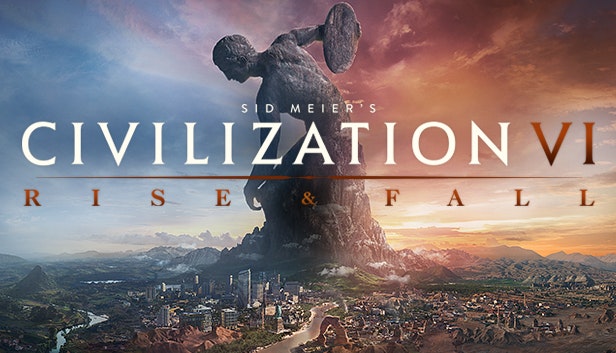 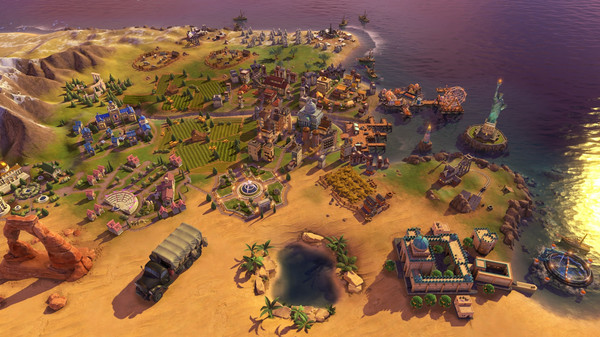 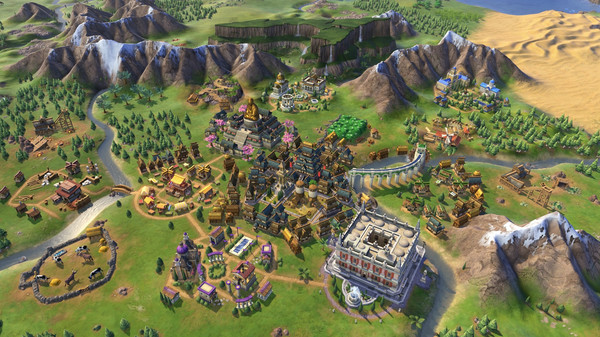 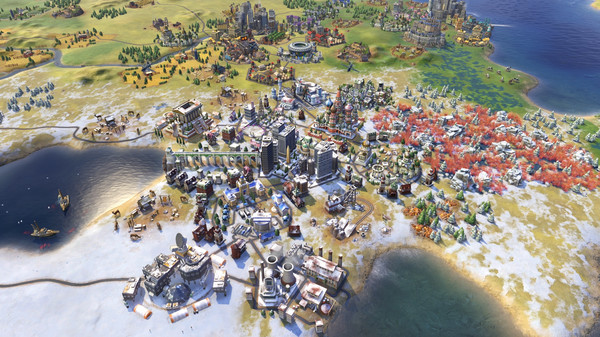 Loyalty discount! If the total amount of your purchases from the seller RPG-MARKET more than:
If you want to know your discount rate, please provide your email:

You buy the official key activation Civilization VI 6: Rise and Fall DLC. After the first purchase, you receive a discount for all subsequent purchases of our goods.

Attention! To use this add-on, you must have installed and activated the original Civilization 6 game

- THE CENTURY: floating on the waves of time, your civilization will reach significant historical moments, bringing you closer to the dark ages or golden ages, which will bring you special tests or rewards, depending on your actions in the game. Rise with triumph after the dark age, and your next golden age will become stronger - a heroic age.
- LOYALTY: cities now have individual loyalty to your government - if it falls too low, you will come across consequences in the form of lowering the output, uprisings and possible transition of your city to another civilization or declaring your own independence. But the loss for one civilization can be a benefit for you, because you can inspire loyalty to cities across the map and thus continue to expand their boundaries.
- GOVERNORS: hire, appoint and raise powerful characters with unique opportunities for specialization and development to modify their cities and strengthen loyalty.
- IMPROVED UNIONS: an expanded system of alliances will allow players to form different types of alliances and eventually receive rewards.
- CRITICAL SITUATIONS: If one civilization becomes too powerful, other civilizations can conclude a pact against this dangerous civilization and receive rewards or fines when the emergency ends.
- CHRONOLOGY: look through the history of your civilization at any time with the new "Chronology" feature - a visual journey through those historical moments that you encountered on the road to victory.
- NEW LEADERS AND CIVILIZATIONS: nine new leaders and eight new civilizations have been introduced. All of them have their own unique bonuses and gaming capabilities. In addition, they give a total of eight unique units, two unique buildings, four unique improvements and two unique areas.
- NEW CONTENT: added eight new wonders of the world, seven natural wonders, four new units, two new improvements, two new areas, fourteen new buildings and three new resources.

GIFT - STEAM game and its receipt:

- One of the three buyers in a random order, left a positive feedback after purchasing the game, can get the activation key of the gift game. Which you learn after receiving the key.
- To receive a gift, you must leave a positive feedback and add a request for a gift (Keys are distributed within 48 hours from the time of writing the review).
- Only one out of 3 people will receive the gift, not absolutely everything.
- After writing a positive review, you automatically agree with the above conditions.

1. You must download and install Steam http://steampowered.com/download/SteamInstall.msi (if not already installed)
2. Register a new account on Steam or go to an existing one.
3. Go to "My Games" and select "Activate via Steam" and enter the key received immediately after payment.
4. After activation, the game appears in the list of games and you can download it from steam.


We sell products of such companies as 1C, New Disk, Soft Club, Buka, Akella, etc. All

keys purchased from us
are licensed, guaranteed workers and have not been used anywhere else.