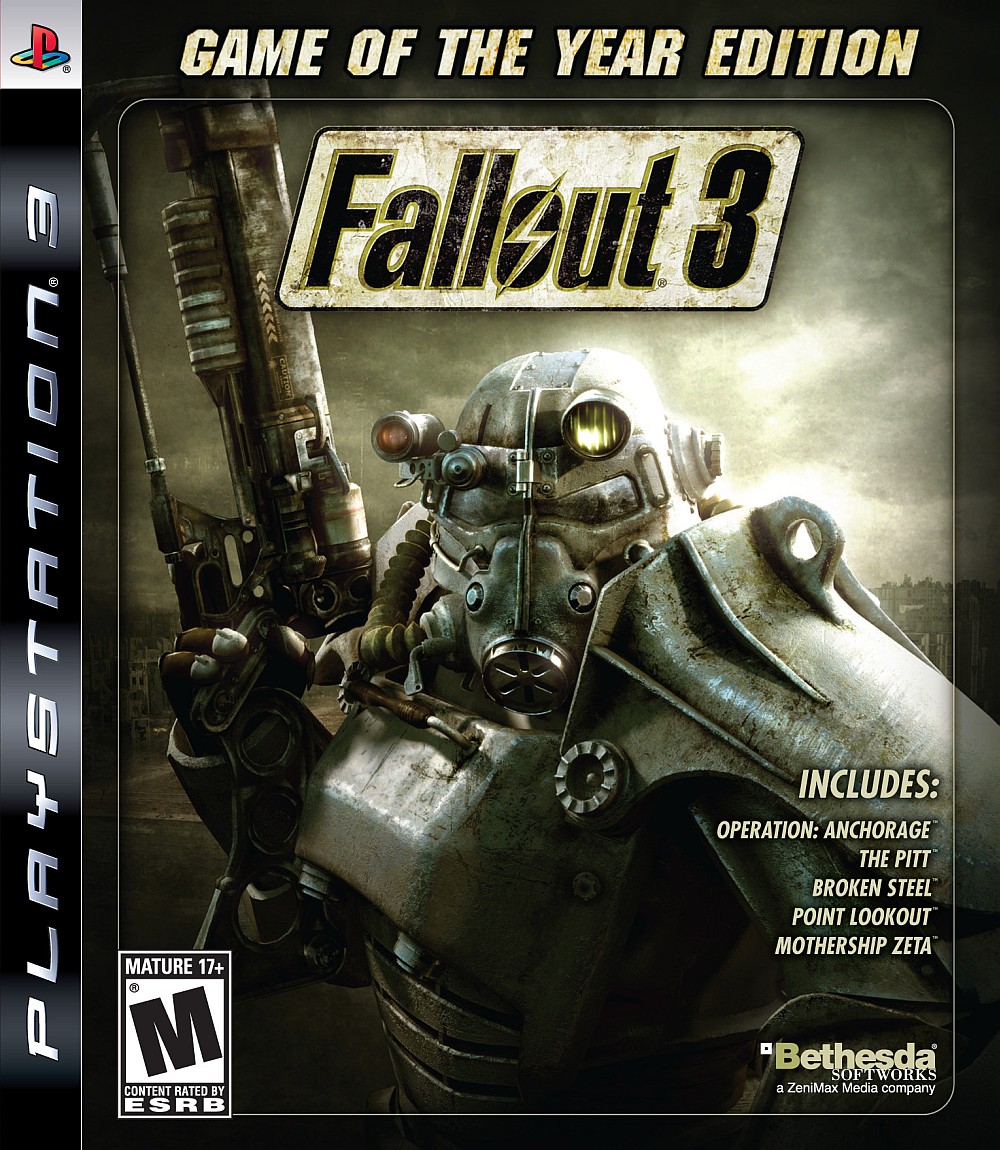 Media_market information about the seller and his items
offlineAsk a question

Fallout 3 Game of the Year Edition is a world of military action that will plunge each of its users into the solution of a number of problems. It´s not just a game to relax. Only here you will find application to all your tactical skills and reactions. The story that every user will find out will take you to the near future, when at the end of the XXI century, when the struggle for oil resources led to a conflict between the two greatest nations, China and America. Following the diplomatic dispute came armed confrontation, which lasted only a few hours and led to nuclear disruption. It does not matter who launched missiles first, the main result is that the planet has turned into a dull scorched desert. You, as the protagonist of the game is very lucky. You were born in one of the shelters, where you carelessly grew and enjoyed life, not knowing about the danger. But it´s time to get out of the dungeons of humility and go to meet your true destiny ...

• A multifaceted, huge world filled with dangers. Your adventure begins with the way you get into the unknown huge mysterious world. At the same time, serious troubles will await you around the corner in the face of various opponents, for whom the person is nothing but easy prey. Prove to them that you are still that "fruit" and that you need to weigh powerful military arguments in order to digest you.
• Abundance of skills and abilities. Your opponents in the game are strong enough, but you are not a gift either. The developers have provided for the players a fairly wide range of skills that will help to cope with any obstacle to their own destiny. At the same time with the help of some skills you can bypass various traps and hide, and thanks to others - to actively resist and attack.
• Upgrade the new by destroying the old one. In the event that your weapons are in disrepair during the battle, do not rush it out of the inventory. Better use it to upgrade the new guns. In other words, having discovered a unique opportunity to buy Fallout 3 Game of the Year Edition, you can disassemble your arsenal and create from it a completely new effective weapon, installing certain spare parts for newer trunks.
• Flexible combat system. In this game, you will be able to attack your enemies in real time and at the same time plan the further actions of the entire unit directly in the pause mode.

By purchasing a digital product, you agree to the terms of its purchase
remember that according to the rules this product is not returned and exchanged.
after the moment of transfer of the goods to the buyer, the seller is not responsible for it
Remember also that access to the provision of digital content and the provision of all services associated with any purchased product provides a Steam service
on all the issues you need to apply in support of steam
If you do not agree with these rules, please refrain from buying goods !!!!!!

1. You must download and install Steam http://steampowered.com/download/SteamInstall.msi (if not already installed)
2. Register a new account on Steam or go to an existing one.
3. Go to "My Games" and select "Activate via Steam" and enter the key received immediately after payment.
4. After activation, the game appears in the list of games and you can download it from steam.

Related to item "Fallout 3: Game of the Year Edition(Steam Ключ)":