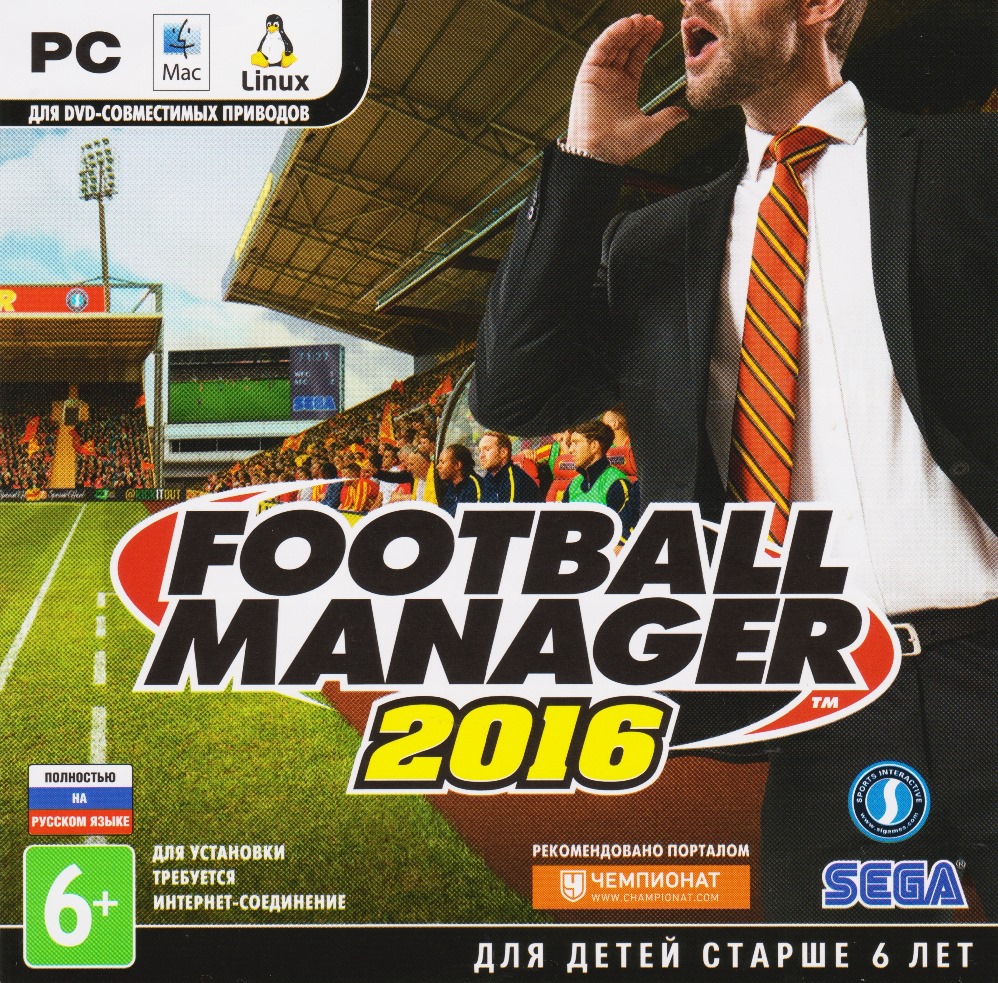 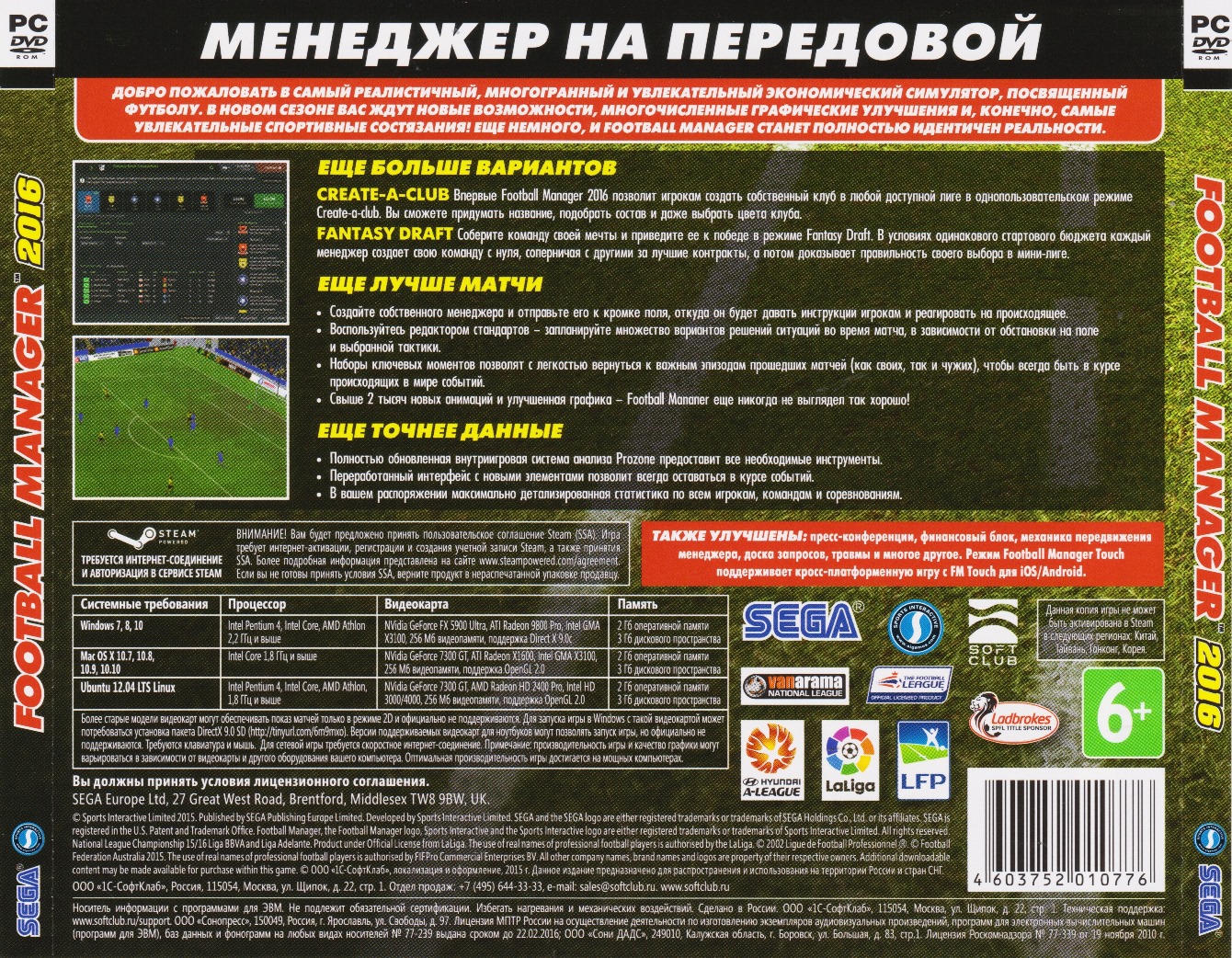 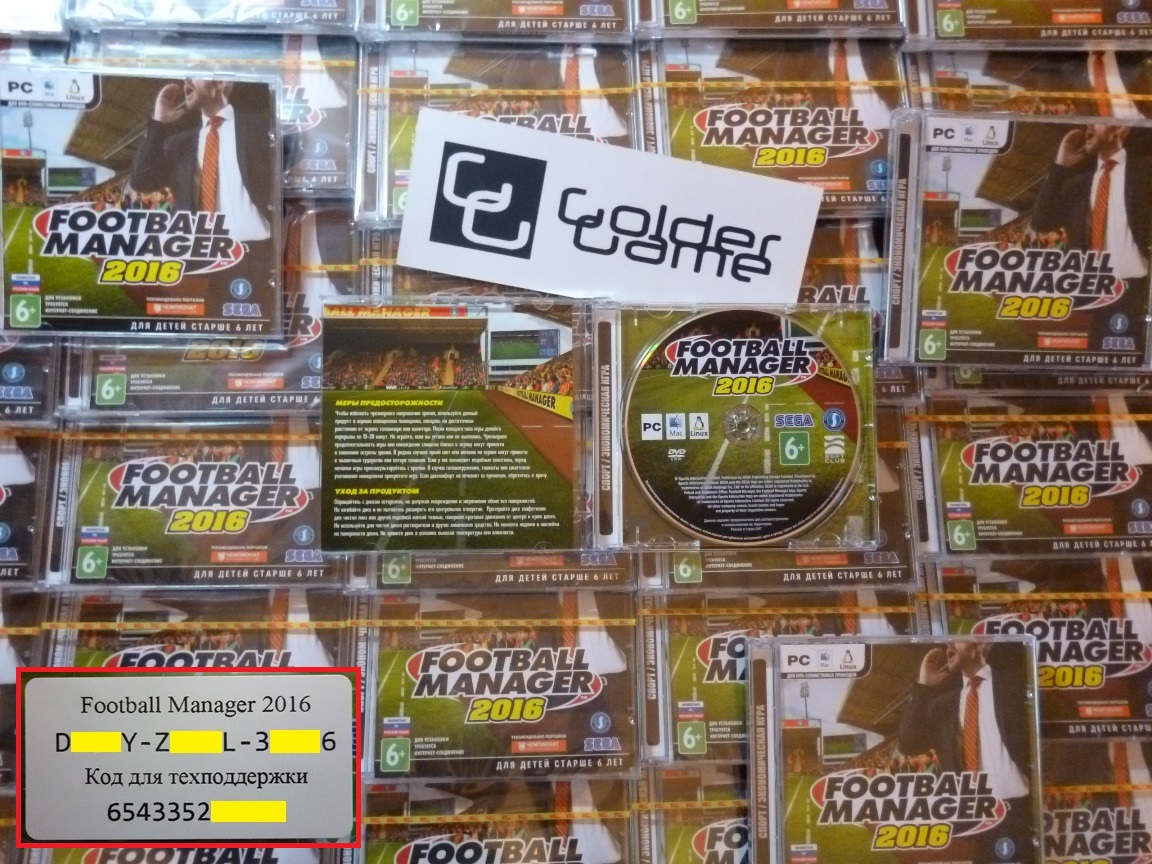 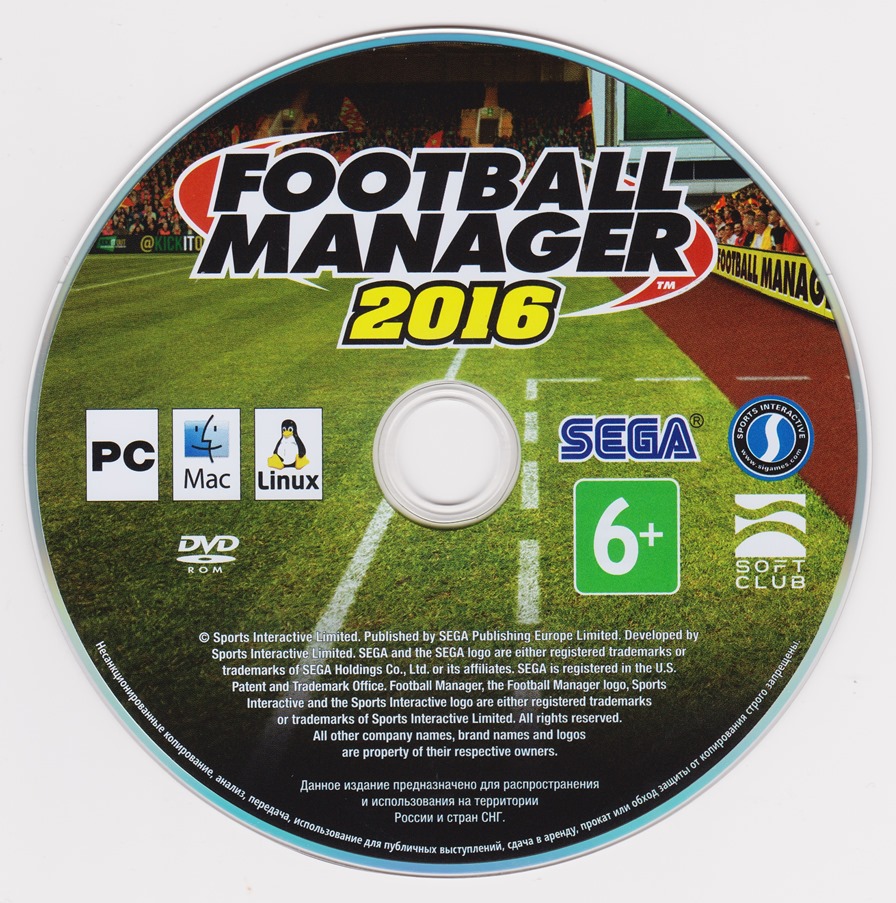 Loyalty discount! If the total amount of your purchases from the seller GolderGame more than:
If you want to know your discount rate, please provide your email:

GolderGame information about the seller and his items
offlineAsk a question

Paying this product you will get IMAGE license key from the box of the game "Football Manager 2016" from the company "1C-SoftKlab" to activate on Steam.

The key is issued automatically, instantly after payment in the browser window, as well as to the mail indicated when paying. After purchase, all the keys will be available at any time in your account on https://www.oplata.info/info/


Description of the game "Football Manager 2016":

Football Manager - by far the most realistic, versatile and exciting economic simulator dedicated to football. A little more, and it will be completely identical to reality. Football Manager 2016 will offer to take control of the team from more than 50 countries. Only you will depend on who will come out on the field, and who will remain on the bench, he would write about your club, the press, and how the problem will be solved athletes. That is, you define the behavior of the tactics on the field, instruct the team enter the game substitutions and give advice to the edge of the field during the match.

• New game mode - Create-A-Club. For the first time in the history of the series Football Manager 2016 will allow players to create their own club in any league available in single-user mode.
• New game mode - Fantasy Draft. Create a team of your dreams and come to a victory in the mode of Fantasy Draft. In the context of the same starting budgets every manager to create a team from scratch, competing with others for the best contracts.
• The manager at the front. Find yourself even closer to the epicenter of events - from now on you will literally be present at the edge of the field during the match.
• Improved matches. The game will be over 2 thousand new animations will also be enhanced graphics and artificial intelligence.
•Key points. Sets the key points make it easy to return to the important episodes of the past matches.
• Analysis of Games Prozone. Strategic partnerships Sports Interactive and the leading sports research company Prozone possible to completely renovate in-game analysis system, adding many new features and facilitate its use.
• The editor of standards. Multifunctional and easy to handle Standards Editor Football Manager 2016 will create many options for resolving the situation in the field, depending on the game situation and the chosen tactics.
• More realistic injury. Sports Interactive attracted to the development of Football Manager 2016 physiotherapists, doctors and representatives of medical staff to ensure the reliability of the display game injury. This does not mean that the injury in the game will be less, but they will be more realistic, and the elimination of their consequences - more reliable. In addition, the nature of the injury will be determined directly during the match.
• Improved interaction with the press.
• Statistics. In order managers get the most detailed statistics provided in the updated interface with new elements.
• New and improved versions of information. Now find the right information will become much easier thanks to the renewal of the interface.
• And that´s not all ... Superior selection of personnel, mechanical relocation of staff and management, updated the board requests situational negotiation team, completely revised regulations of the competition and summary information about the team, improved the financial block, artificial intelligence, in charge of the transfer and the choice of players, new the power of social networks and more.

1. If it is not installed Steam client, download and install it http://store.steampowered.com/
2. Log in to your Steam account or register a new one if you do not already have it.
3. Go to "Games" and there select "Activate via Steam» and enter the key purchased from us.
4. After activating the game appear in the list of games and you can download it.

Thank you for choosing us!

All your purchased items can always be viewed by clicking on the link:
http://www.oplata.info/