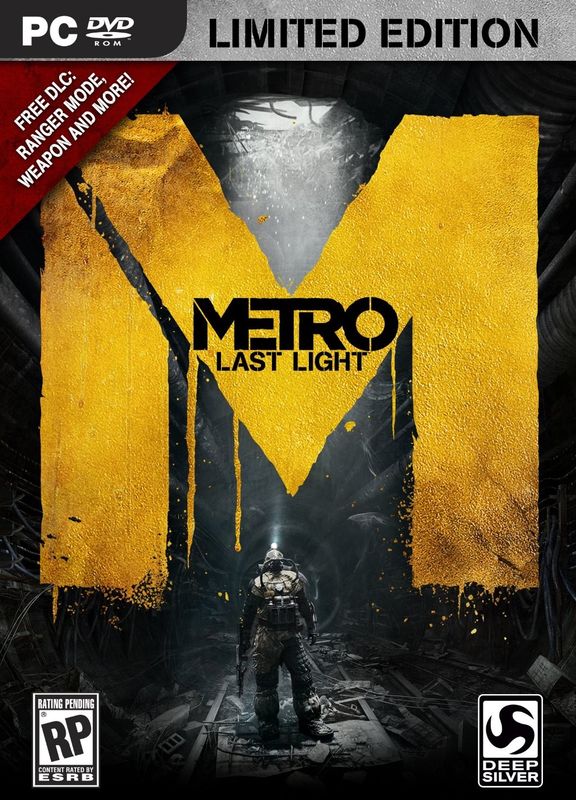 Media_market information about the seller and his items
offlineAsk a question

2034.
Deep beneath the ruins of post-apocalyptic Moscow, in the tunnels of the underground crumbling, the remnants of humanity struggle for survival.
Hordes of mutants stormed the last refuge of the survivors.
But instead of unite the metro stations were divided into warring factions that are fighting each other for control of the underground.
a real civil war began under the ground, which could erase humanity from the face of the earth.
You - Artem, and you have the key to the survival of mankind - the last ray of light in this dark time ...

An exciting first person shooter Metro: Last Light - the long awaited sequel Metro 2033, which was warmly received by critics.
Use in battle a multitude of home-made weapons against humans and mutants or invisibly kill their enemies under the cover of darkness.
Plunge headlong into the world of post-apocalyptic Moscow subway - one of the most exciting worlds ever created by man.
Fight for every bullet in this perfect blend of first-person shooter and horror.
New generation technologies shake elaborated lighting and game physics.

By purchasing a digital product, you agree to the terms of its purchase
remember that according to the rules this product is not returned and exchanged.
after the moment of transfer of the goods to the buyer, the seller is not responsible for it
Remember also that access to the provision of digital content and the provision of all services associated with any purchased product provides a Steam service
on all the issues you need to apply in support of steam
If you do not agree with these rules, please refrain from buying goods !!!!!!