Lord of the Rings: War in the Severe_1S_Steam + GIFT 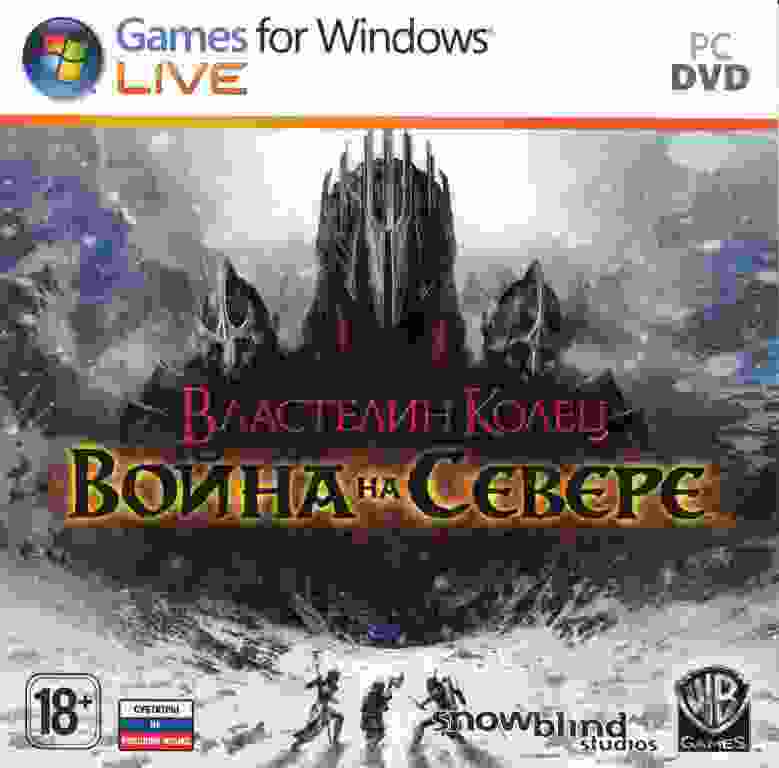 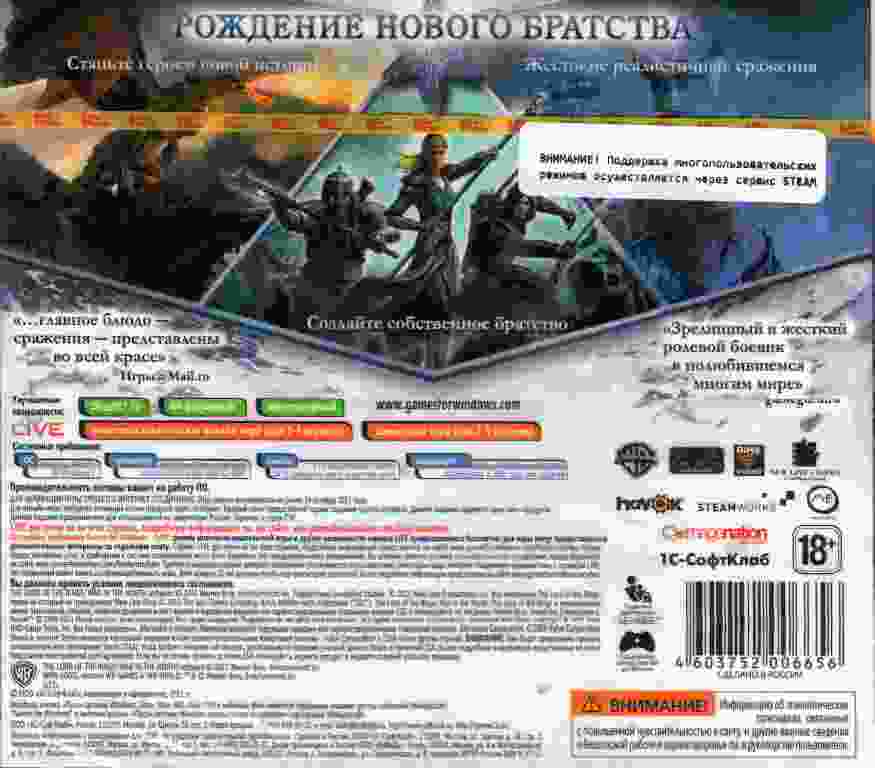 You buy once and get a license key from the box with the game Lord of the Rings: War in the North of the company "1C-SoftKlab."

Lord of the Rings: War in the North: role-playing game for three players, created based on the books and films of the trilogy "The Lord of the Rings."
According to the order of Gandalf, confident that the Fellowship of the Ring will not succeed if you do not break the army of Sauron in the north, the player will take part in the outbreak of war.

"The Lord of the Rings: War in the North" will allow everyone to create their own adventurer Brotherhood. The success of the trip will depend on the actions of each of the characters - it is impossible to survive on its own.
This is the first game in the series "The Lord of the Rings", showing a dark, full of violence and cruelty life Middle-earth. Players will visit familiar places and pass through uncharted lands to face with new characters, and meet with the famous heroes of books and movies.

• The strength of the three heroes. In multiplayer mode, users form their own Brotherhood, which may include up to three players. You can choose from three races - Human, Elf or Dwarf - as well as various skills of your character. The success of the trip will depend on the ability to fight together!
• Hazardous Middle-earth. This is the first game, created after the "Lord of the Rings", in which the emphasis is on realism. Here, players will be faced with the most ruthless creatures of Middle-earth, which means that they will need to mobilize all his strength and courage.
• The original plot. The game's plot is created with the expectation of co-flow, communication and mutual support. Heroes explore the previously unknown lands, and play an important role in the War of the Ring.
• Strength Belerama. During the trip, the Brotherhood will be able to summon the great eagle Belerama, which will support the combat or report important information. Eagle - also a member of the Brotherhood, so I have to think twice before exposing it to excessive risk.
• Sophisticated role-playing system.
\u003cdelivery\u003e The original copy of the key, the license agreement and all copies of the software in its original packaging, you can get a convenient way for you. To do this, after the payment and receipt of the digital copy of the key, please contact us by email or phone. Postage and packing, as well as courier services are paid separately by you. \u003c/delivery\u003e

NOTE: This is the official version of the company "1C-SoftKlab" - it has a territorial restrictions (suitable only for Russia and CIS countries).
NOTE: After activation serial key in the steam, the key becomes not valid, ie, re-use it is no longer possible, so be sure to remember all the details of your account!
Activation Key:
1. Download and install Steam - http://store.steampowered.com/
2. Register your new account on Steam or go to an existing one.
3. Go to the "My Games" and select "Activate via Steam", enter the key.
4. After activating the game appear in the list of games and you can download it from Steam.

To activate the key may be required to account your recording - Games for Windows LIVE
Walkthrough login Games for Windows Live, you can see here - http://games.1c.ru/gta4/?type=step_by_step
To create an account in the Games for Windows Live encourage these regions USA and United Kingdom.
At present you can choose two games from my store, you will get a list of on-demand, games will be selected
sent to you by e-mail, free delivery across Russia.

Related to item "Lord of the Rings: War in the Severe_1S_Steam + GIFT":

The source "motion detector on the video files"

Lord Of The Rings. War in the North. (Scan, of. Deal) ACTION

Race on Steam key for the KEY (ND)