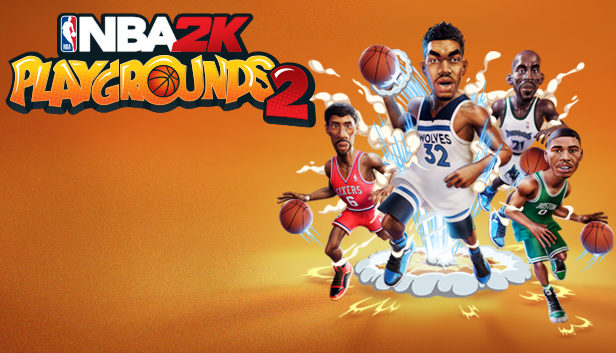 Uploaded: 15.05.2019
Content: text 18 symbols
Loyalty discount! If the total amount of your purchases from the seller SOFT-KLUB more than:
If you want to know your discount rate, please provide your email:

Immediately after purchase, you will receive a KEY to activate NBA 2K Playgrounds 2 in steam

The dynamic arcade NBA is back, becoming even better in the NBA 2K Playgrounds 2! The continuation of the original hit brings street basketball to a new level thanks to the large number of existing and former NBA players, an improved selection mechanism for opponents on dedicated servers, online matches for four players, three-point shots, new grounds, user matches and much more! Gather your team and forward to the game without limits!

Awesome game modes
Bring street basketball to a new level thanks to various additions, including the new season and championship modes! Play 2 on 2 with friends over a local network, in online matches for four players, or compete with your opponent in a three-point shooter contest.

1. You need to download and install Steam http://steampowered.com/download/SteamInstall.msi (if not already installed)
2. Register a new account on Steam or go to an existing one.
3. Go to the "My Games" section and select "Activate via Steam" and enter the key received immediately after the payment.
4. After activation, the game will appear in the list of games and you can download it from steam.