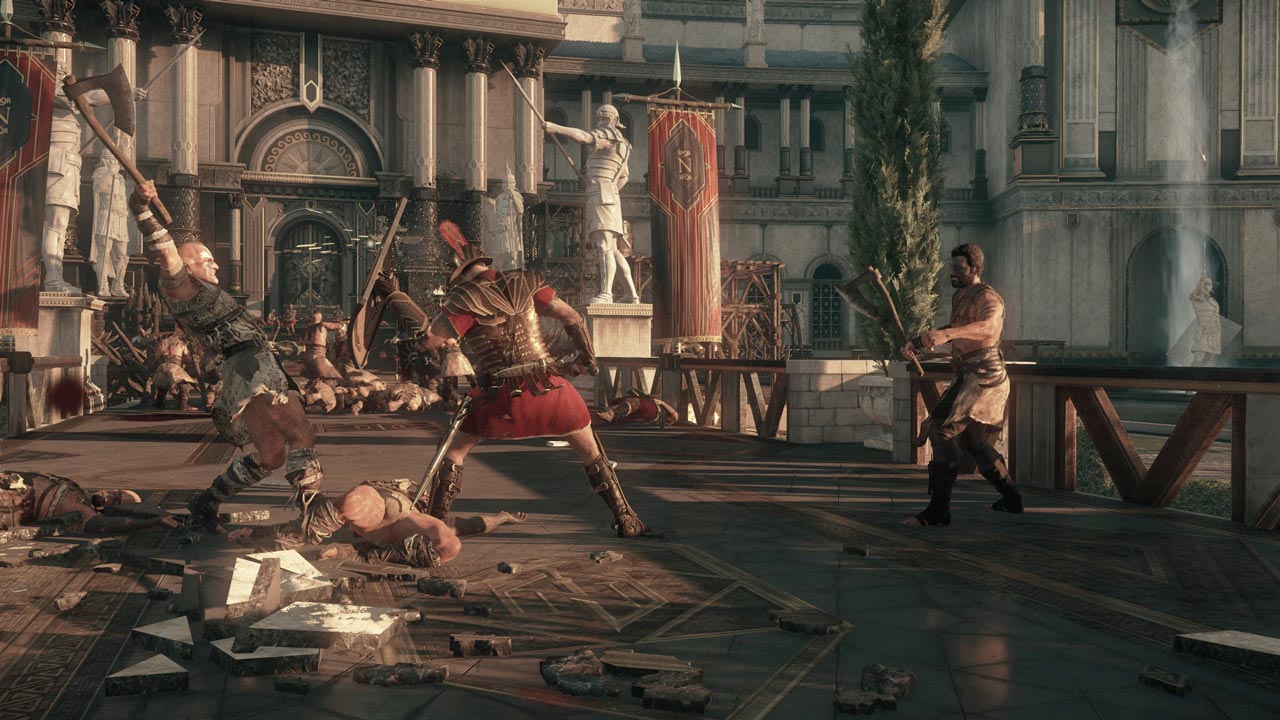 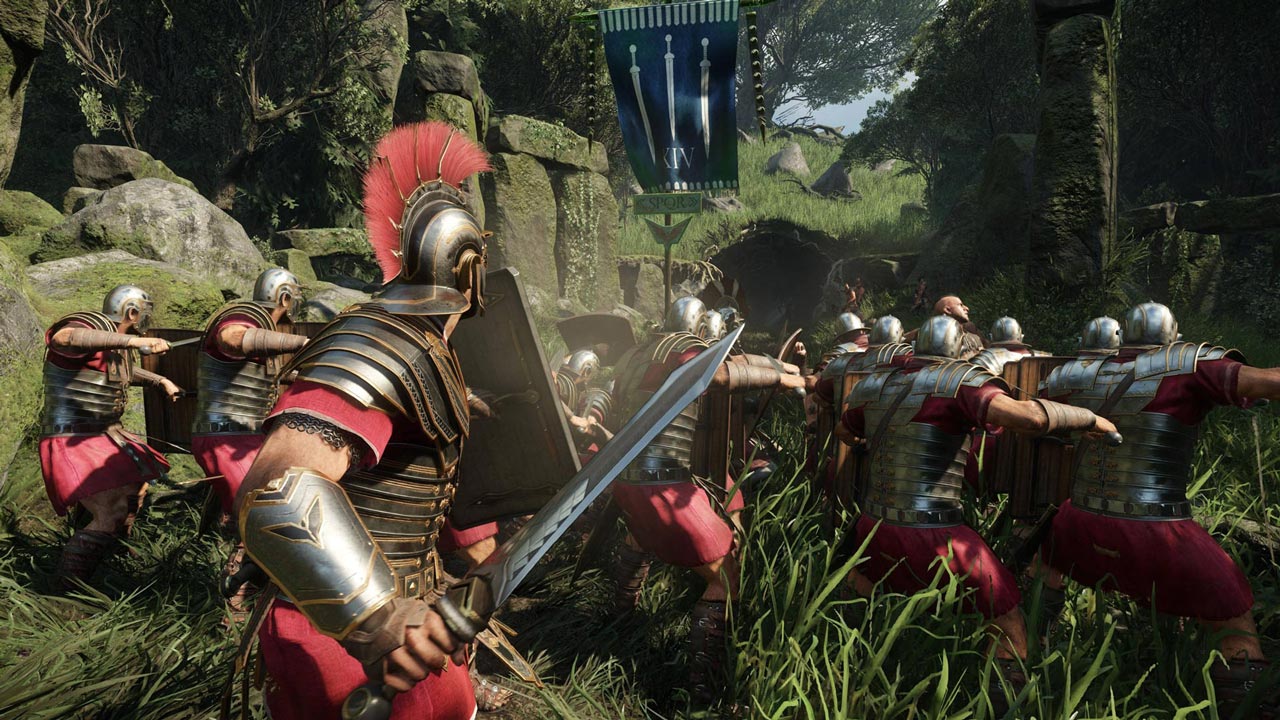 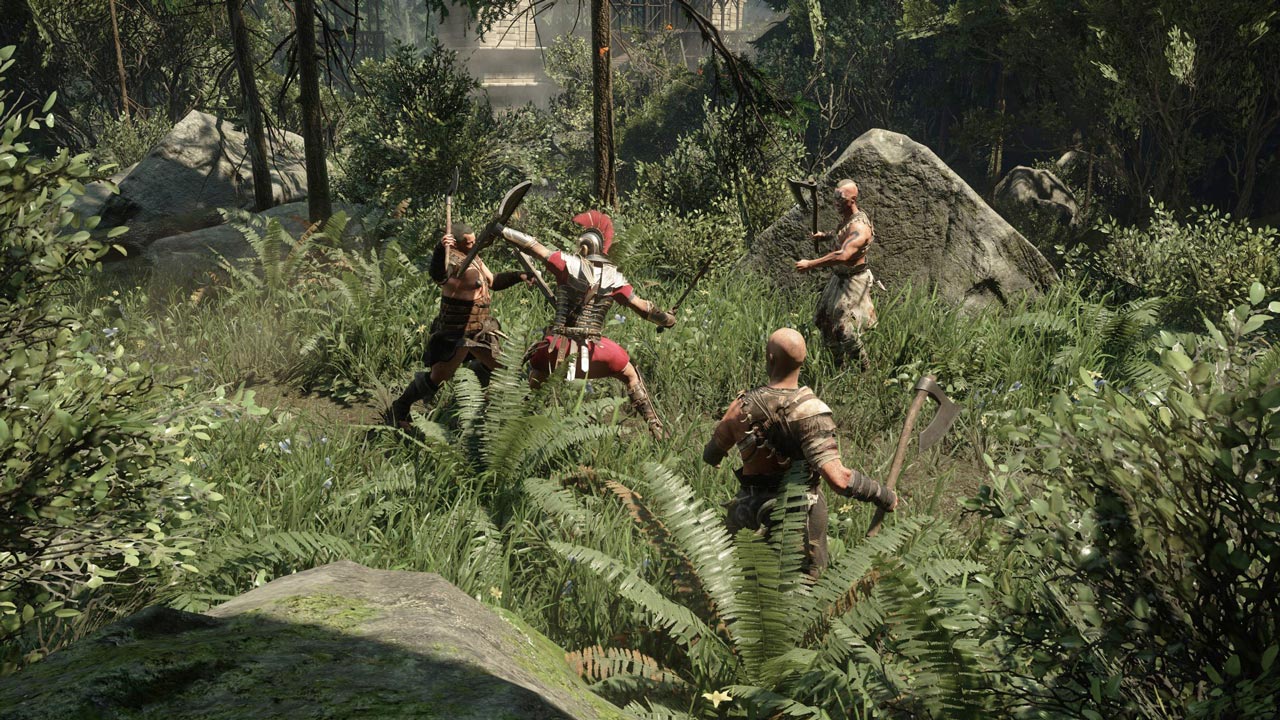 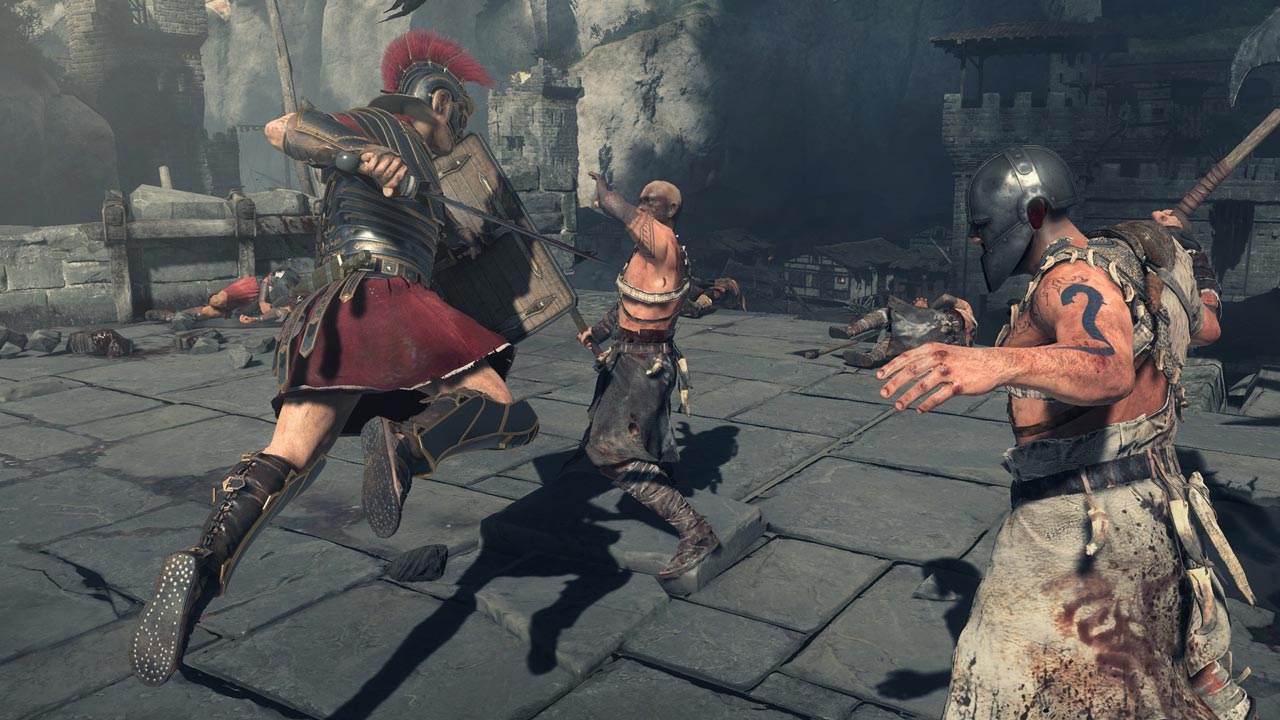 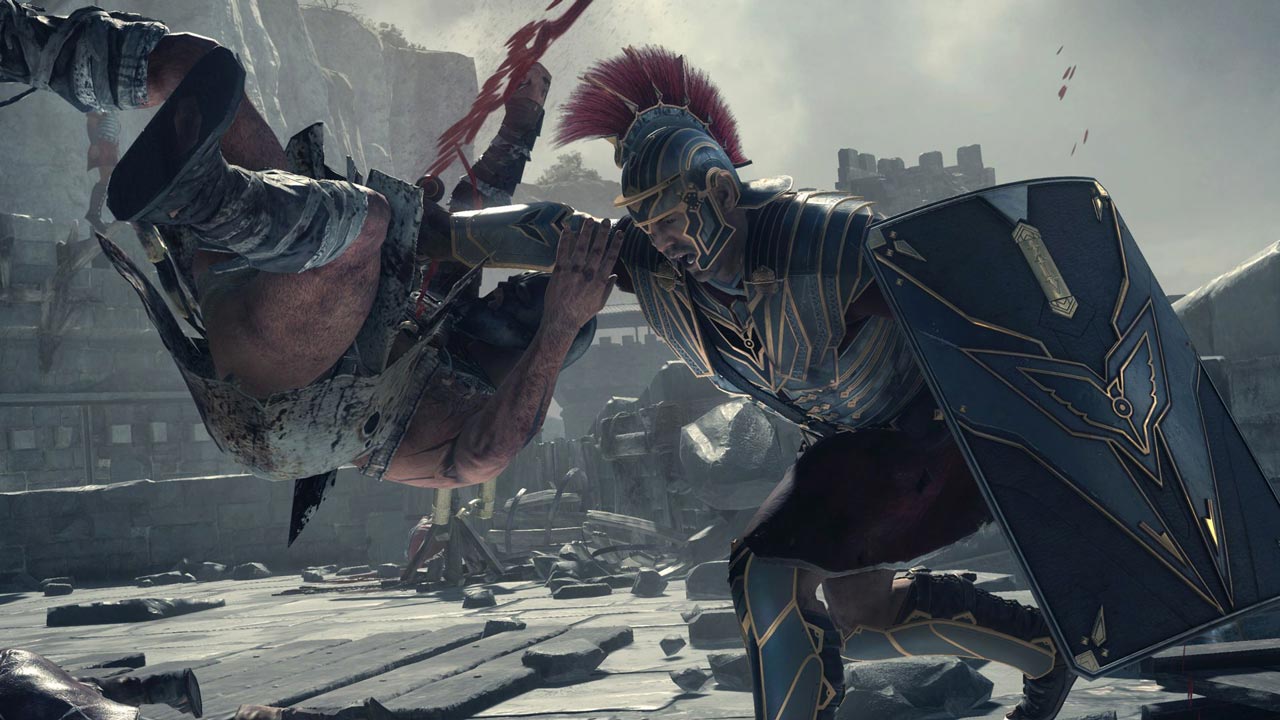 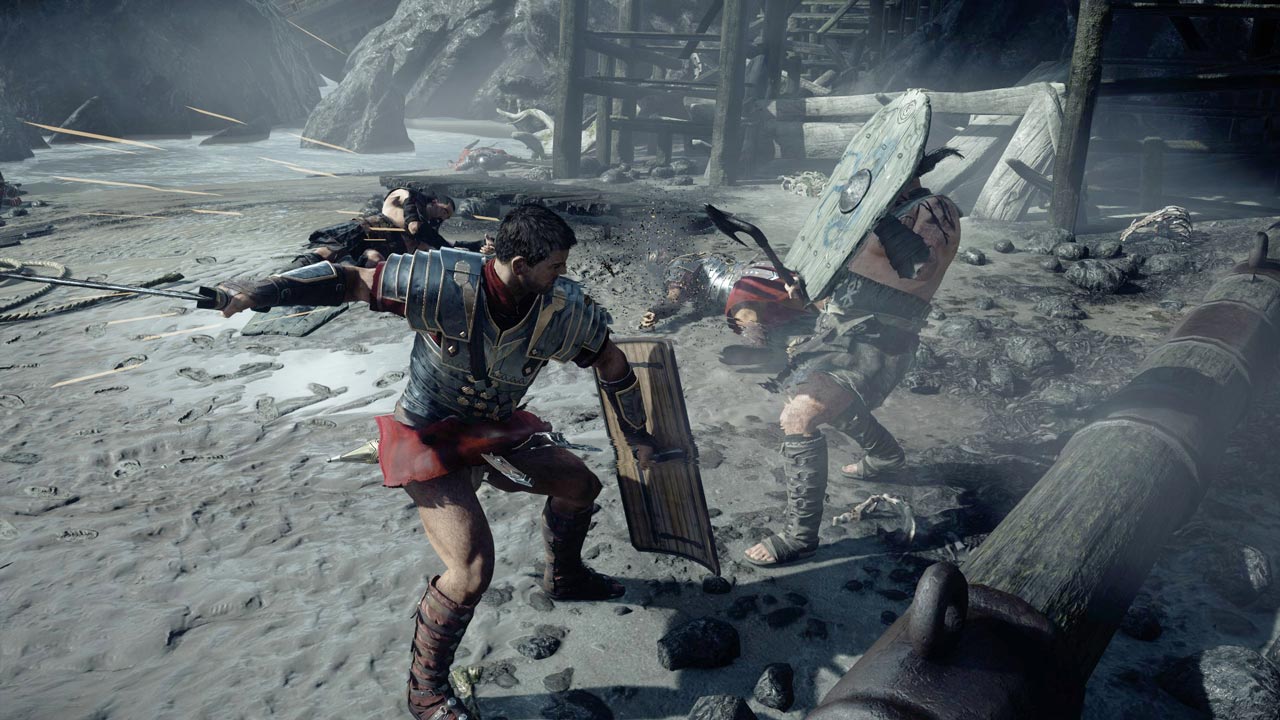 Attention! This product is intended for use only in the following countries: Russia, Armenia, Azerbaijan, Belarus, Georgia, Kyrgyzstan, Kazakhstan, Moldova, Republic of Moldova, Tajikistan, Turkmenistan, Uzbekistan, Ukraine. In other regions will not work.


"Ryse: Son of Rome" tells the story of Marius Titus, a young Roman soldier, in front of whom, at the hands of barbarians, his whole family dies. After that, dreaming of revenge, he goes to the Roman army in Britain. Quickly achieving success, Marius must become a leader of the army and defender of the Empire. But he soon discovers that his revenge plans can be implemented much closer to home...

"Ryse: Son of Rome" is an immersive action-adventure story of struggle, brutality and heroism. The plot is based on the story of a fearless Roman soldier named Marius Titus who joins the army to avenge the death of his family, and becomes a hero who fights for the salvation of the Roman Empire.

"Ryse: Son of Rome" is an exciting cinematic recreation of the Roman Empire, its people, wars and landscapes, as well as in great detail reproduces the cruelty and power of the Roman battle.

* Complete ryse interface
The PC version of "Ryse: Son of Rome" has the same full interface as the original version for Xbox one, including all 4 released DLC
* Use of all PC features
Using 4K resolution is another leap in graphics quality for users, and Ryse is the perfect example of the new capabilities of high-quality computer games. "Ryse: Son of Rome" uses all the power Of CryEngine engine from Crytek and the latest high-end gaming technology for the PC, presenting the conflict in the Roman Empire such as you have never seen it
• The cinematic effect of immersion of a new generation
Marius´s revenge story comes to life with new achievements in performance capture technology, allowing players to interact with plausible, realistic characters
* Fierce impressive battle
"Ryse: Son of Rome" in great detail reproduces the effect of participation in a brutal, epic scale battle
* Total Gladiator battle in the Colosseum
Colosseum mode (Colosseum) takes you to the Arena, where you and a friend can fight shoulder to shoulder with the ever-changing crowd of enemies, the roar of thousands of spectators
* Dynamic battle
Colosseum mode includes 25 multiplayer maps, recreating the landscape of the British camps, Roman villas and Egyptian deserts
* Create your own legend
You create your own destiny, changing your Gladiator with gold and Valor (XP), buying him new armor, weapons, shields and other ammunition, helping to defeat the crowd and survive in the arena

1. You need to download and install Steam http://steampowered.com/download/SteamInstall.msi (if not already installed)
2. Start the Steam client
3. Create a new Steam account or log in to an existing one
4. Go to "Games" and select "Activate a product on Steam»
5. Enter the activation key you purchased
6. After that, the game will appear in your list of games and you can install it