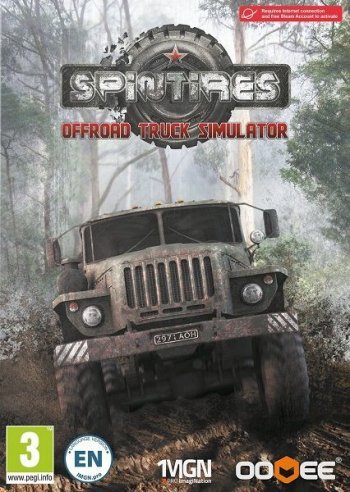 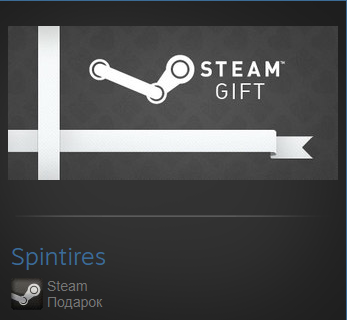 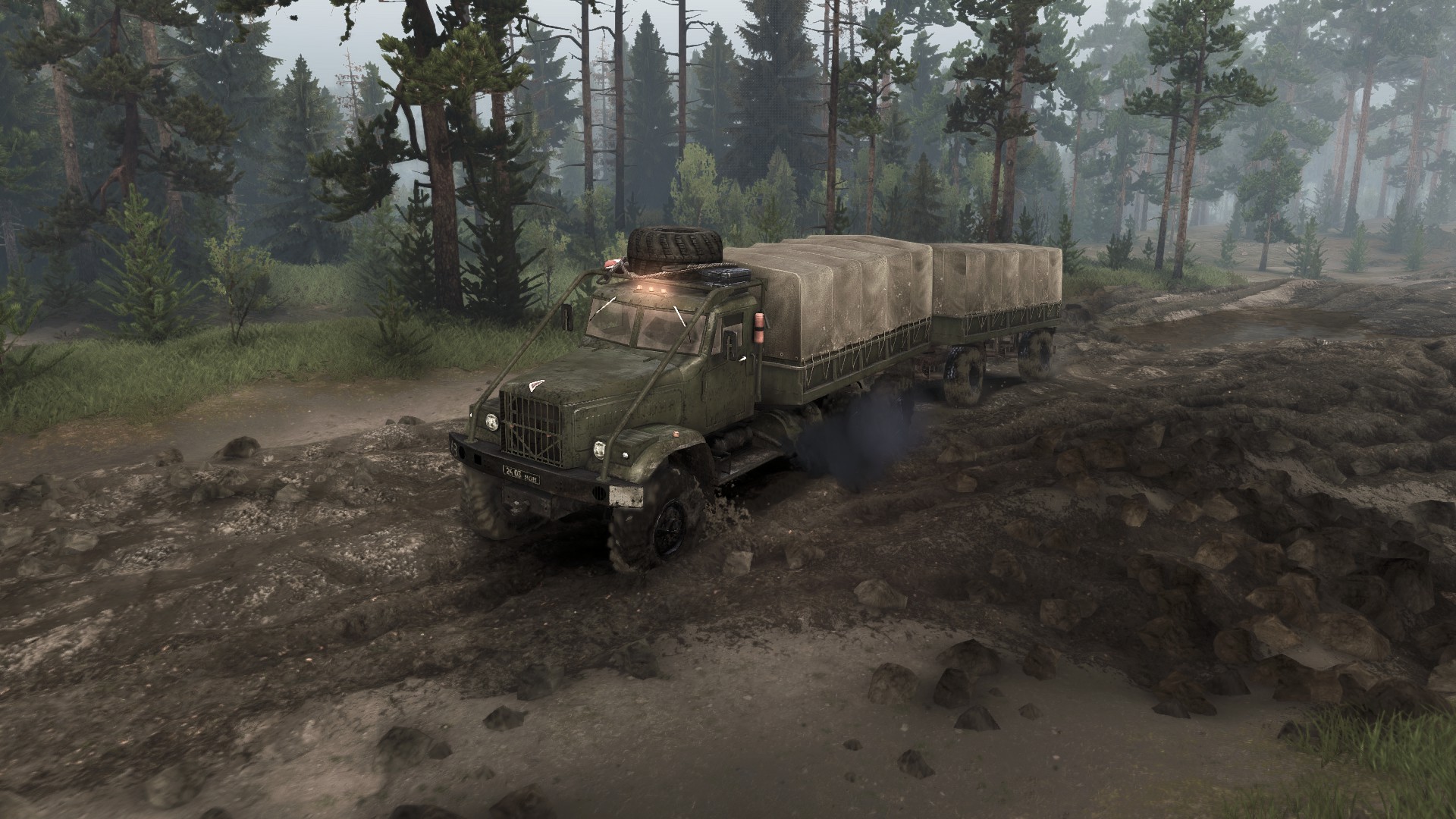 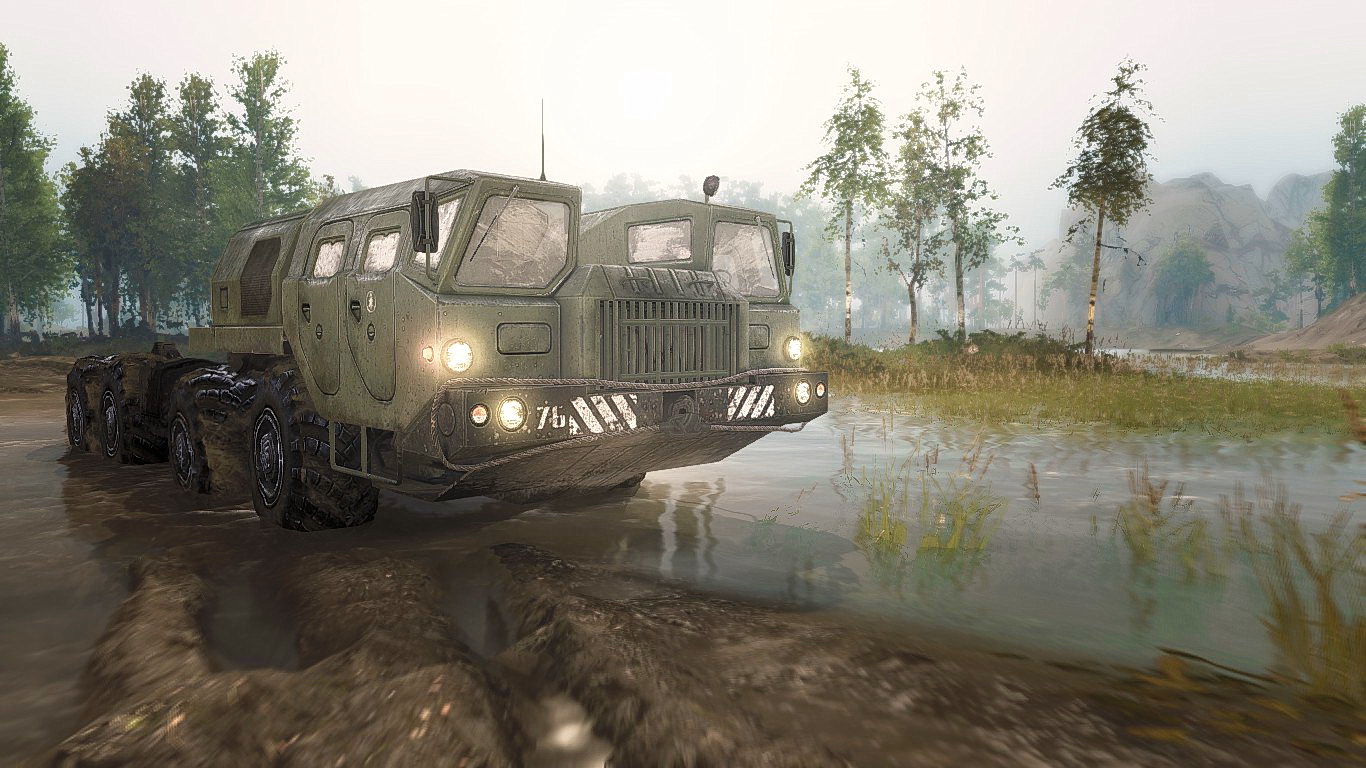 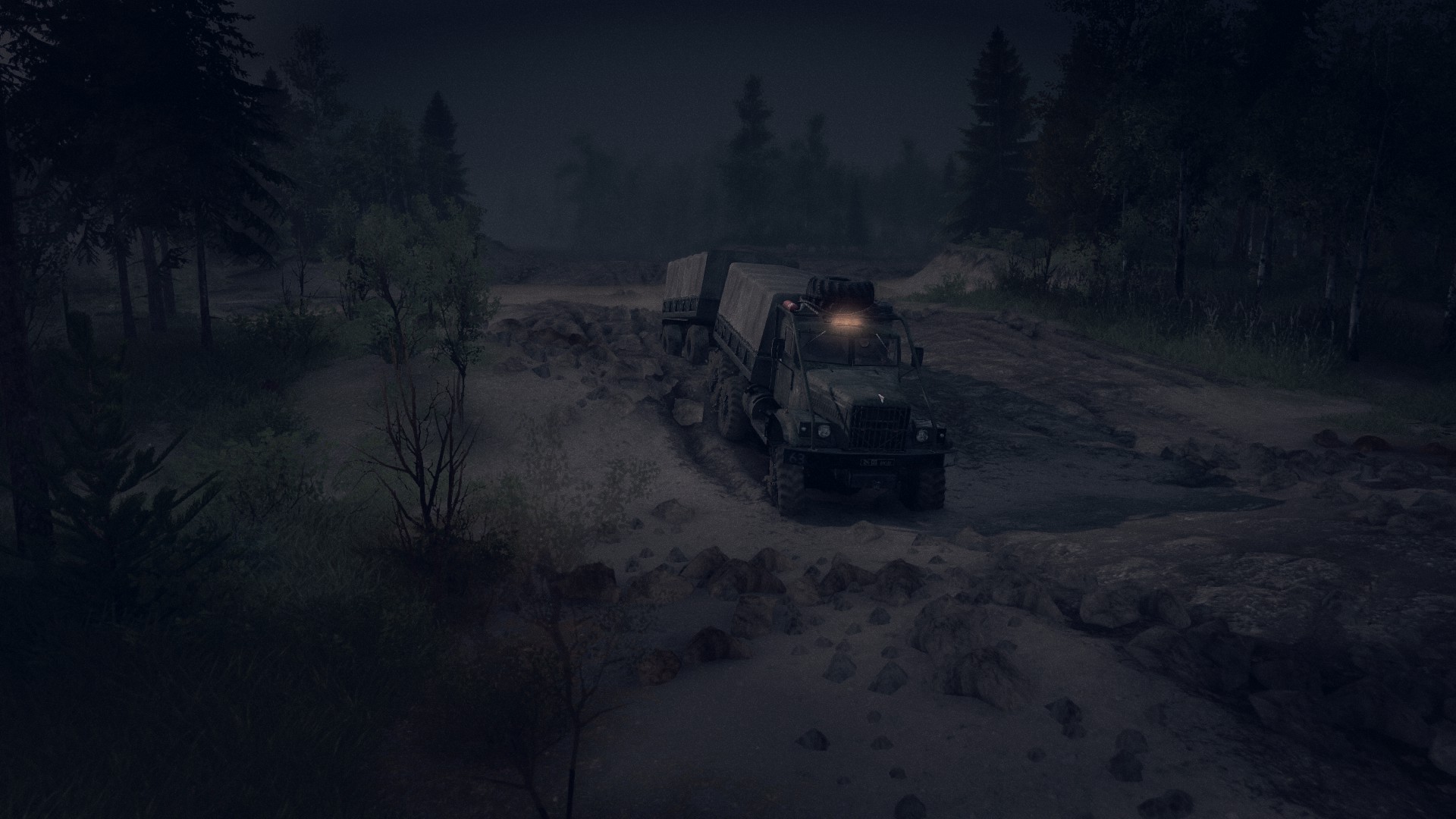 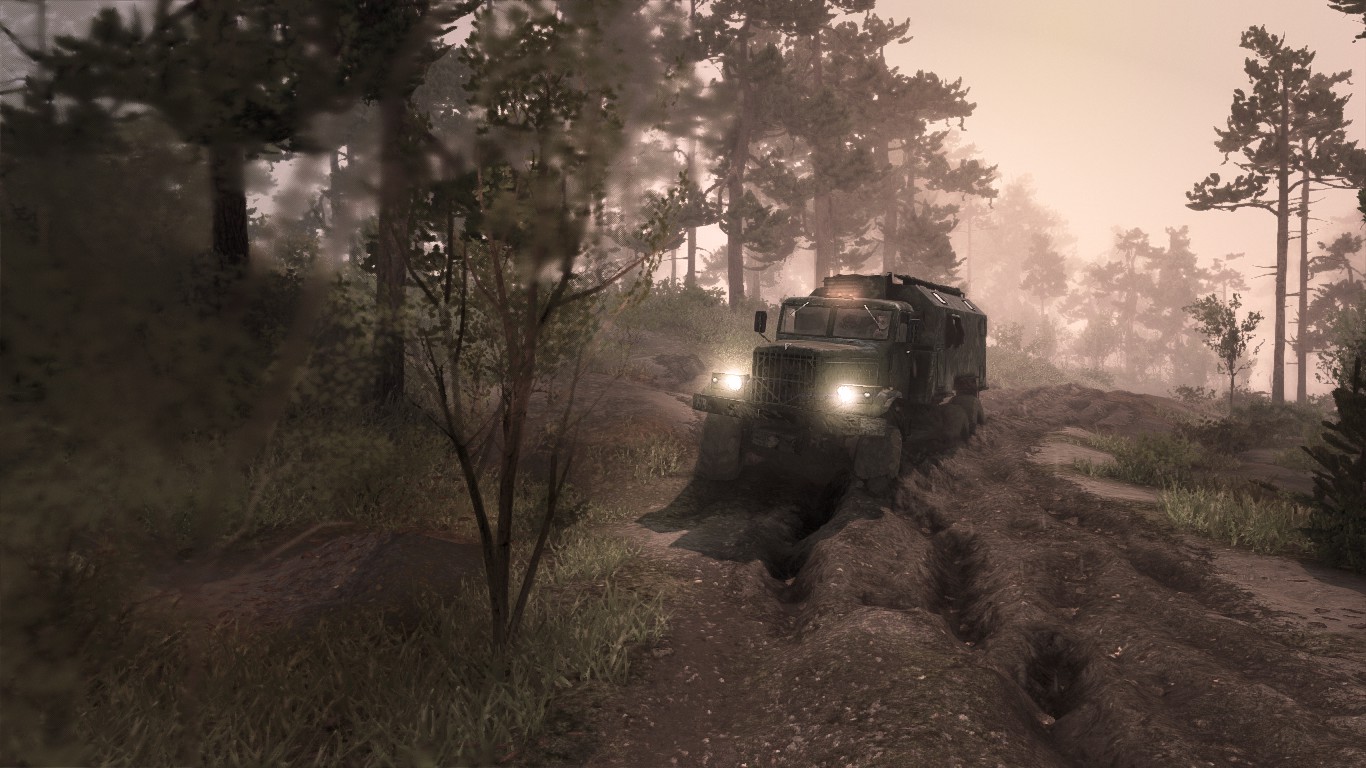 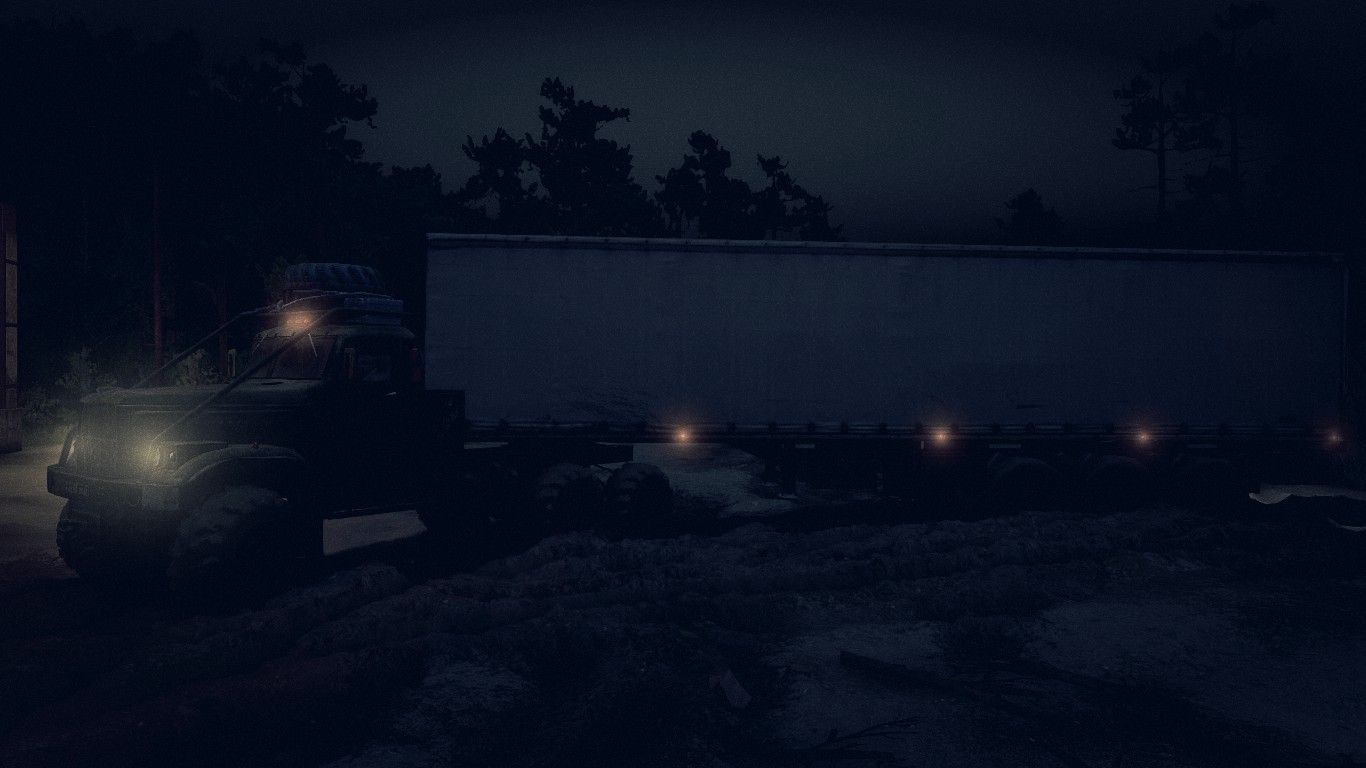 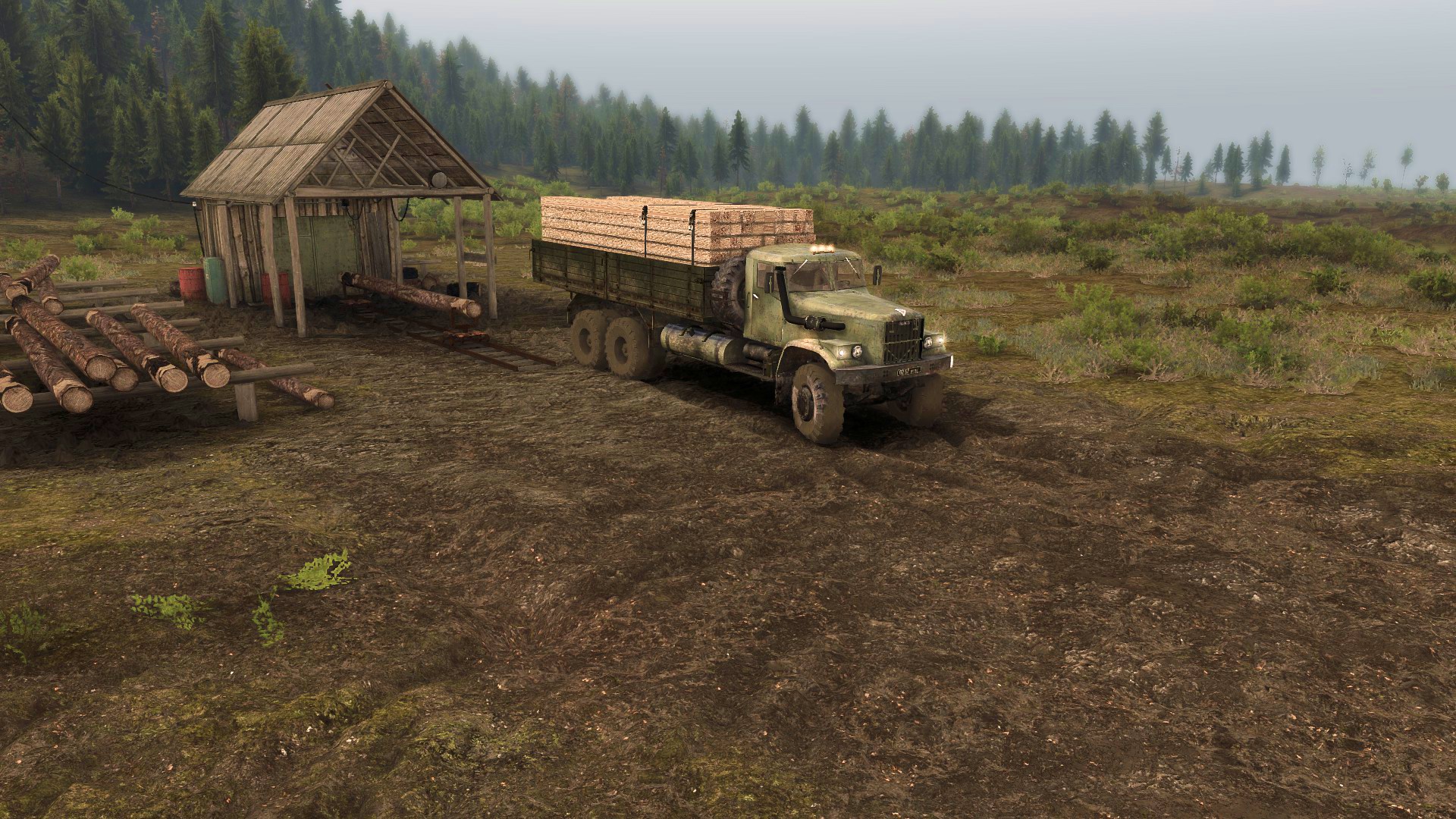 Uploaded: 10.08.2019
Content: text 73 symbols
Loyalty discount! If the total amount of your purchases from the seller Defik more than:
If you want to know your discount rate, please provide your email:

Defik information about the seller and his items
onlineAsk a question

Would you like to try yourself as a driver of a domestic truck? Then we recommend downloading the torrent Spin Tires. This is a game in which you do not have to take part in truck racing. Your main task: to transport various cargoes on the territory of Russia. There will be a huge number of problems with cargo transportation, since you will have to ride on impassable mountain, forest and country roads. No asphalt - only off-road. Often, other factors will influence the execution of missions: dirt, rain, fog will prevent overcoming already impassable tracks.

Game plot
Your main task is to deliver the goods in time. During the trip, it is necessary to control the vehicle, since on a slippery road the truck can throw it into a ditch or on the side of the road, as a result of which you can be left without cargo.
For example, if you got into a swamp, then you can easily change to another truck to get a stuck car out of the mud.
It is no less difficult to transport goods into the fog, as well as at night, when the field of view is significantly narrowed and there is a high probability of being in a swamp and getting stuck in it.
During the passage of the game you need not only to pump trucks, but also to upgrade them. It is recommended to listen to the prompts of the dispatcher, as well as monitor the fuel level.

Gameplay
If for some reason you are mired in a swamp, you can use the help of other trucks. You will have to make stops on the road to rest, as your character’s physical abilities are limited. Upon successful delivery of the order, special points will be issued that can be spent on improving the vehicle.
If you do not meet the deadlines, the mission can be considered a failure. To avoid such cases, it is recommended to study the features of your car and, of course, go through the training mode.

Features
The roads. In fact, the tracks presented in the game cannot be called roads. All paths are complex. Therefore, in this game, you should forget about smooth asphalt roads and get used to the real Russian impassability.

Car park. You will be able to deliver goods not only on domestic trucks, but also on a miniature UAZ.

Change of weather. During the game you will constantly fall into a variety of weather conditions.

1. You must download and install Steam http://steampowered.com/about (if not already installed)
2. Register a new account on Steam or go to an existing one.
3. The link received after purchase, it is necessary to copy and paste into your Internet browser, log in under your Steam account and take the gift to your LIBRARY or add it to the INVENTORY.
4. After activation, the game appears in the list of games and you can download it from steam.
5. The installation process (download) takes about 15-45 minutes (depending on your Internet channel).