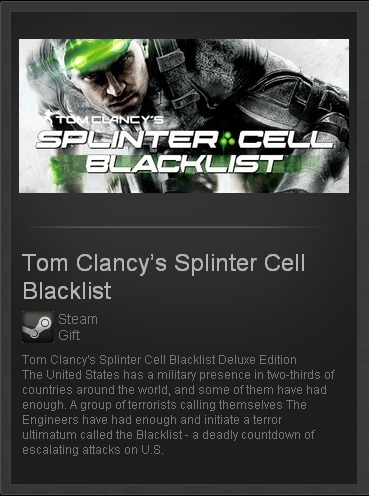 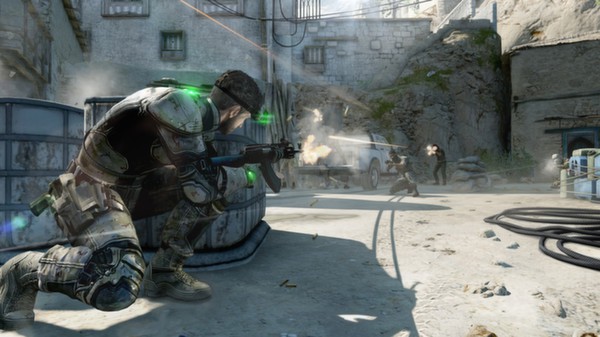 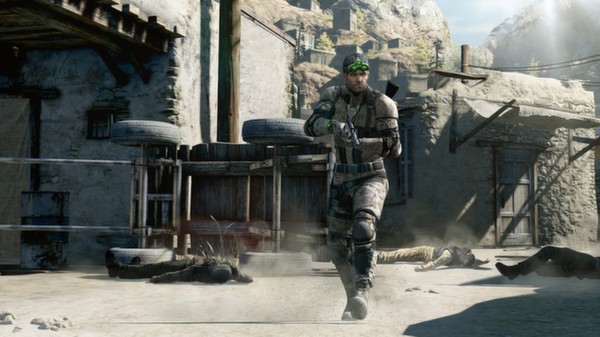 ashaserv information about the seller and his items
onlineAsk a question

INSTANTLY AFTER PAYMENT YOU GET activation link Gift


About the game: US forces are based in more than 2/3 of the world, and some of them got sick. Terrorist group calling itself the "engineer", is preparing an ultimatum, known as BLACK LIST - a list of attacks against important for the United States objects to be carried, unless their demands are met. Special Agent Sam Fisher, now heads the newly formed "fourth tier" - a secret unit, accountable only to the President of the United States. At all costs you must hunt down the "engineer" before the threat of the Black List will be implemented.

Completeness of goods may be varied as desired game developer and / or publisher and / or Valve.

After the purchase is necessary to:


1. Download and install Steam http://steampowered.com/about (if not already installed);

2. Register your new account on Steam or go to an existing one;

3. obtained after the purchase link, copy and paste into your web browser, log in under your Steam account and take a gift to the library (that is activated on your account), and add or take in the inventory (ie, can be a gift will someone pass);

4. After activating the game will appear in the list of games and you can download it from steam, and then start playing.

All gifts are bought a legal way (tradable or untradable gifts).