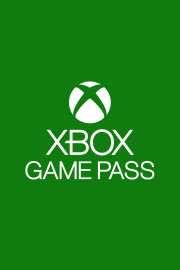 Loyalty discount! If the total amount of your purchases from the seller BEST-PRICE more than:
If you want to know your discount rate, please provide your email:

After payment of the order, the system will automatically (without our participation) instantly send you a mail link to download the license key for the XBOX Game Pass TRIAL subscription for 1 month (for any country supported by XBOX - WORLDWIDE - RU / EU / US) for XBOX ONE

Instructions for creating a new account on the Xbox:
1) On the Xbox Live welcome page, click Continue.
2) Enter a NEW gamertag (nickname) that you have not used before.
3) The next step is to enter your Windows Live ID. Click "NO" to create a new account.
4) Choose a country.
5) Select a language and specify a date of birth.
6) Enter the new email address that you didn’t use before to create your Windows Live ID.
7) Enter the password and security question.
8) Then enter the first name, last name, phone number and contact email.
9) Accept the terms of use.
10) Click "Redeem code" and enter the purchased 25-digit code.
11) Done!

Method of card activation through the site:
1) Go to the site http://www.xbox.com
2) Click Sign In in the upper right corner.
3) Enter your data and go.
4) Go to the Manage Profile.
5) Go to Redeem Prepaid Card
6) Enter the Prepaid Code.